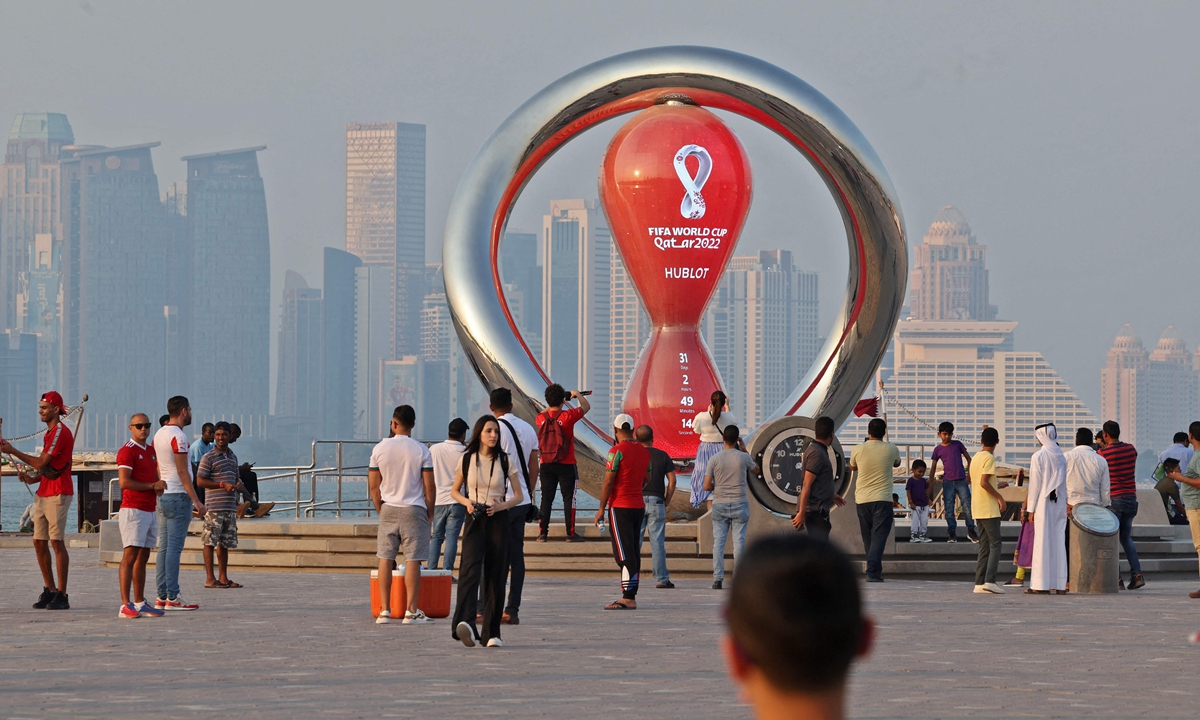 As the World Cup soccer tournament craze sweeps across the globe, Chinese internet platforms are rushing to join the carnival and compete for a huge number of sports fans in the country by offering a “like the world” viewing experience. metaverse” enabled by 5G and virtual reality (VR).

The efforts will help the Internet-based giants secure an increasing amount of traffic at the sporting event, analysts said, but more importantly, the widespread use of new technologies will allow companies to refine their offerings of products.

Two notable participants are Chinese streaming service Migu, a subsidiary of China Mobile, and Douyin, China’s TikTok. The two streaming platforms have the sub-licensed rights to broadcast live and on demand the Qatar World Cup and will share digital coverage of the events with state broadcaster China Media Group (CMG).

According to media reports, Migu and Douyin paid a “heavy” price for the broadcast rights. Only six channels in mainland China, including Migu China Mobile and Douyin, were allowed to broadcast World Cup matches.

Gan Yuqing, chief content officer of Migu, said in July that the company will create the world’s first virtual interactive space to watch the tournament and will stream the event with technologies such as 5G and VR to bring a surreal atmosphere to fans of Migu. Chinese football.

On her official Sina Weibo account, Migu announced plans to hold a “Metaverse World Cup Music Festival”, and a “surprise visitor” from 2070 will appear at the event.

Douyin reported the slogan “Watch the World Cup live broadcast on Douyin” on his official Weibo account. VR headset maker Pico, also owned by ByteDance, said users can watch live broadcasts of the World Cup using its VR goggles, allowing soccer fans to invite their friends from afar to their own venues. digital rooms to watch matches together.

As a global sporting event, the World Cup has enormous influence and has undoubtedly become a must-have for corporate marketing, You Xi, co-founder of the Kandong app, told the Global Times on Sunday, noting that the event will attract a lot Internet users much needed to Internet platforms.

Furthermore, a football match is a perfect scenario for the application of new technologies, and the event will be a big boost for the virtual reality and metaverse industry in China, You said.

“Since US tech giant Facebook transformed into Meta and proposed the metaverse concept, progress has been slow. But China has been pushing forward both domestically and corporately,” said Chen Jia, an independent industry observer. the Global Times on Sunday.

On November 1, the Chinese Ministry of Industry and Information Technology, together with four other government agencies, presented a five-year plan from 2022 to 2026, to promote the development of the virtual reality industry, aiming to reach a total industrial scale exceeding 350 billion yuan ($48.1 billion) in 2026.

The plan sets the overall goal of achieving major breakthroughs in key technologies such as three-dimensionality and ecosystem improvement so that virtual reality is adopted to promote economic development.

“Through the application of various scenarios in the metaverse of this World Cup, China can also test the overall quality of the industrial chain in the field of virtual reality technology, and thus gain an early foothold in the industry,” he noted. chen.

However, Guo Tao, a veteran Internet analyst, pointed out that the metaverse as a whole is still in the early stages of development. There are some issues like immature technologies and business models that need to be verified by the market.

“The application in sports events is mainly concentrated in the fields of virtual events, virtual anchors, virtual studios, digital management and other fields, while the user experience remains inadequate and the product viscosity is not enough,” he said on Sunday Guo at the Global Times. .